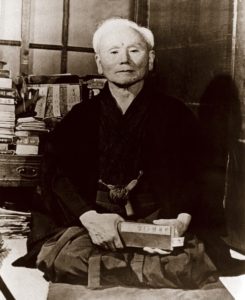 Gichin Funakoshi is known as the Father of Modern Day Karate and is probably the best known name in karate history.

He was born in the city of Shuri on the island of Okinawa in 1868 and by the age of 11, Funakoshi was training with the great Okinawan teachers Anko Itosu and Yasutsune Azato. At this time, it was illegal to learn martial arts, though that did not stop him and many others practicing in secret. Around the turn of the century the art came out into the open and began to be taught in public schools, thanks largely to the efforts of Anko Itosu.

Sensei Gichin Funakoshi and Japan
By the time Funakoshi was an adult he excelled in karate, so much that the Crown Prince of Japan, ask Funakoshi chosen to perform a demonstration for him.

When the Japanese Ministry of Education held a demonstration of karate in Tokyo a year later in 1922, the Okinawan Department of Education who he worked for as a school teacher asked him to be the one to perform it and introduce the art to Japan; when he did, a new era in the history of the martial arts was born.

The Japanese were so impressed that he was asked to stay in the country to further demonstrate and teach his art. This began with an invitation from Jigoro Kano, the founder of Judo, who asked Funakoshi to demonstrate karate in front of over one hundred of his students.

He quickly gained students in the universities in and around Tokyo and soon he had enough interest to start his own dojo. Amongst his more prominent beliefs was Funakoshi’s conviction that the best martial arts exponents should be so confident that they had nothing to prove about their fighting prowess. The true art was found in subduing an opponent without fighting, echoing the teachings of the legendary samurai Tsukahara Bokuden from over 400 years previously.

However; through his most senior students such as Hidetaka Nishiyama and Masatoshi Nakayama, Shotokan karate lived on and grew. Today, it is practiced by millions of students and is a famous fighting system, respected and feared throughout the world. 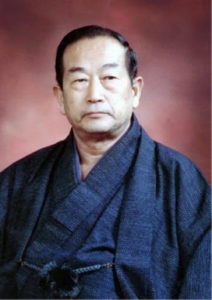 Masatoshi Nakayama wrote many textbooks on karate, for almost 40 years, until his death in 1987, Nakayama worked to spread Shotokan karate around the world. He was the first master in Shotokan history to attain the rank of 9th Dan while alive. Nakayama’s grandfather was Naomichi Nakayama, a surgeon in Tokyo, who had also been the last of the family to teach, Nakayama’s father was Naomichi Nakayama, an army physician and a (practitioner of his father to Taipei, so Nakayama spent some of his formative years there Apart from his academic studies, he participated in skiing, swimming, tennis, and track running. In May 1949, Nakayama, Isao Obata, and other colleagues helped establish Funakoshi was the formal head of the organization.

In 1956, working with Teruyuki Okazaki, he restructured the Shotokan karate training program to follow both traditional karate and methods developed in modern sports science . Nakayama established Kata (patterns) and Kumite (sparring) as tournament disciplines. Students of the large dojo (training halls) subsequently achieved an unmatched series of tournament successes in the 1950s and 1960s.

Many of this program’s graduates were sent throughout the world to form new Shotokan subgroups and increase membership. Nakayama also held positions in the Physical Education department of Takushoku University, eventually becoming head of that department. He also headed the ski team at the university.

Later life
In 1972, Nakayama, with some help from one of his students, Hirokazu Kanazawa, set up a personal dojo in the basement of his apartment building, naming it “Hoitsugan. Karate students from outside Japan lived in the dormitory rooms and trained in this dojo from the early 1970s.
After rapid promotion through the ranks in the 1950s, Nakayama still held the rank of 8th dan in 1974. He was promoted to 9th dan in the 1980s, becoming the first Shotokan master to be awarded this rank while still living. Nakayama continued teaching Shotokan karate until his death on April 15, 1987, in Tokyo, Japan. 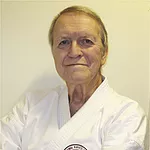 Leon Sill is a retired Electrical Engineer and Computer Scientist, having worked as a programmer for several companies, as well as a mathematics/ computer science instructor for the University of Houston, the University of South Alabama, and the University of Southern Mississippi. Leon was born and raised in New Orleans LA and began his Karate training there under Mr. Douglas Abadie on January 3, 1962. He received his Shodan in September 1964 from (now Grandmaster) Teruyuki Okazaki. Shortly thereafter, Master Takayuki Mikami was assigned to the Southern Region of the-then All America Karate Federation, and he became Leon’s full-time instructor. Leon has had the good fortune to train with Masters Masatoshi Nakayama, former Chief Instructor of the Japan Karate Association, Hidetaka Nishiyama, Teruyuki Okazaki, Hirokazu Kanazawa (who with Mikami was the co-champion of what has been called the greatest Karate match of all time), Yutaka Yaguchi, and the late Shigeru Takashina.

Promoted to Hachidan (8th Dan) in 2014 by the ISKF, Leon has recently been honored by his promotion to 9th Dan by the International Karate-do Organization. He is rated as an International (A-level) Instructor, Examiner, and Judge. He has written several technical papers dealing with the mechanics of Karate, and many of these can be found on the IKO website.

Leon enlisted in the United States Air Force in July 1966, and after 4 years of active service, returned to Louisiana State University to complete his Electrical Engineering Bachelor’s degree. After graduation, he later became a member of the Air Force Reserve and was eventually commissioned a Second Lieutenant. After 8 years of working in industry, he returned to university to receive a bachelor’s degree in Computer Science, and later a master’s degree in the same field.

After 28 years of commended service, Leon retired from the Air Force as a major. He now devotes his leisure time to his hobby of leatherworking, enjoying reproducing holsters and gun belts of the old west. A musician for many years, mostly as a guitarist, he played with a local teenage Rock and Roll band and had the pleasure of playing with many of the great acts on the New Orleans scene of the late ‘50’s and early ‘60’s, including the great Aaron Neville, and was once able to back up famous actress Jane Russell, whose trio was appearing at a local hotel night club. He now plays Bassoon with the Baldwin Pops Band in Baldwin County, Alabama.

Leon lives in Daphne with his wife Connie, teaches a small Karate club there, and is now, of course, greatly and honorably involved with the growing activities of IKO and USSSA.

Adrian Ellis is the owner of a private security, the firm was established in 2004 and has now expanded internationally providing private physical security, access control, in executive protection for multitude of clients.

Adrian’s martial arts training begin in the early 80’s, he competed in full contact karate and freestyle karate before settling and finding his passion in the traditional aspect of Shotokan Karate, some of his training was with J. Mirza and Del Saito, which was the foundation of Sensei Shojiro Sugiyama, who began training under Hideyataka Nishiyama.

As a competitor Adrian became one of the most successful athletes in AAU history winning
Seven consecutive national titles and participating on several International teams, traveling around world, and winning Gold medal in the 1980 Goodwill Games, he was a two time recipient of the athlete of the year and served as an Advisor on athlete’s rights relative to the USOC.

After winning his 7th consecutive national title in kumite, Adrian retired from competition and begin working as a mechanical designer he, later left the engineering field and opened a successful Karate school, the program was so successful Adrian was appointed as executive director for the AAU Martial Arts Program, overseeing all martial arts programming associate with Disney Sports complex. The program experienced some of its most successful growth under Adrian’s leadership.

After leaving the AAU Adrian was appointed as National Director for the USSSA National Karate Program and shortly afterwards was asked to oversee all martial arts development and growth for the USSSA, in that same year he formed The International Karate Do Organization (IKO) which he serves as the President today.

The International Karate-Do Organization has grown throughout the United Sates, UK, Japan and the Caribbean maintaining the traditional values of karate through like-minded individuals.

Adrian also spends much of his time speaking on various topic around the country, and working with the various organization including Rotary International, Masonic Lodge, and serving on the Board of Director for the African American Chamber of Commerce.

Tom Kelly is the co-owner of Kelly Laser Works, DBA Gifts4Hams. He is the company’s graphic artist and product designer. He and his wife Sonia Kalir have owned and operated Kelly Laser Works for the past 5 years. He and Sonia have taken the company from a small part-time business to a full time business selling to a world-wide market. His innovative dust covers for” Morse Code” sending instruments are considered the best products of its kind. Tom holds two patents on medical devices.

Tom began studying Shotokan Karate in Los Angeles in the early 70’s from Sensei Hidetaka Nishiyama where he received his first Shodan. He fought in the full-contact matches in the mid 70’s with the likes of Benny (The Jet) Urquidez, Chuck Norris and Billy Blanks. Taking a break from Karate to finish college and raise four children, he started over as a white belt in Mississippi under Rannie Ladner. Tom has studied under various Sensei’s including; Hidetaka Nishiyama, Rannie Ladner, Dell Saito, Joe Mirza, Ricardo Johns and Takayuki Mikami. Tom is now a Godan (5th Degree) Black Belt and teaches Shotokan at his own karate school. Tom holds a “Continental” official license from WUKO&AD and is also ASEP certified.
Tom is retired from the Department of Homeland Security – Investigations. He has worked as a Special Agent for the State of California and was a Bell Police Department Detective and Patrolman prior to Homeland Security/US Customs Service. He lives with his wife, Sonia in Mississippi. Both Tom and his wife enjoy and play bluegrass music. Tom plays guitar and Sonia plays bass. Tom is also an avid Ham Radio Operator – callsign – AB6Z.

We are an authentic traditional Shotokan karate dojo. We are dedicated to the promotion and preservation of International Karate-Do Organization - Shotokan karate.
Join IKO
Copyright IKO Karate 2020 - All Rights Reserved
Site by Tavish Kelly. 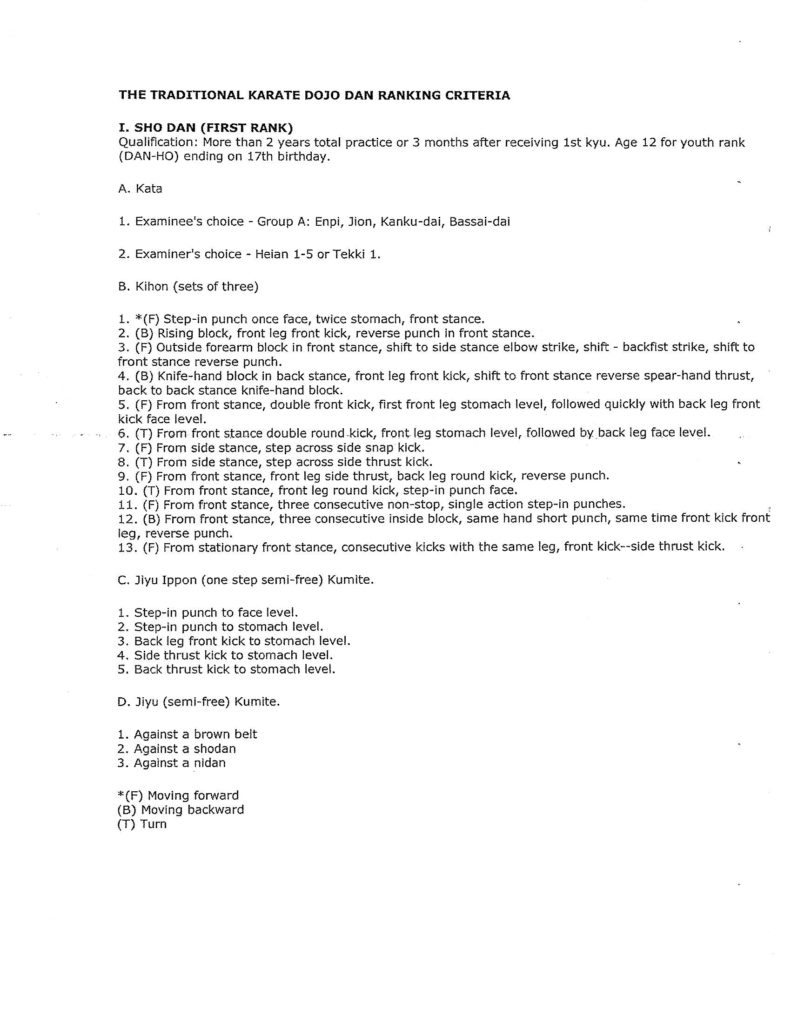 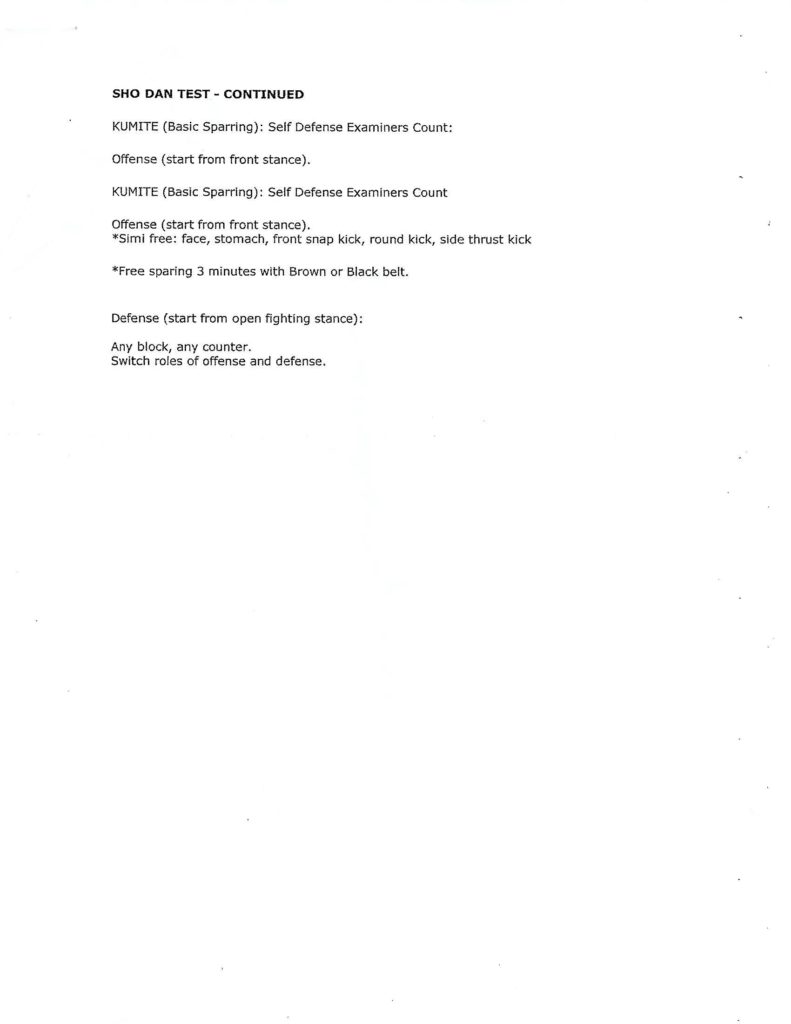 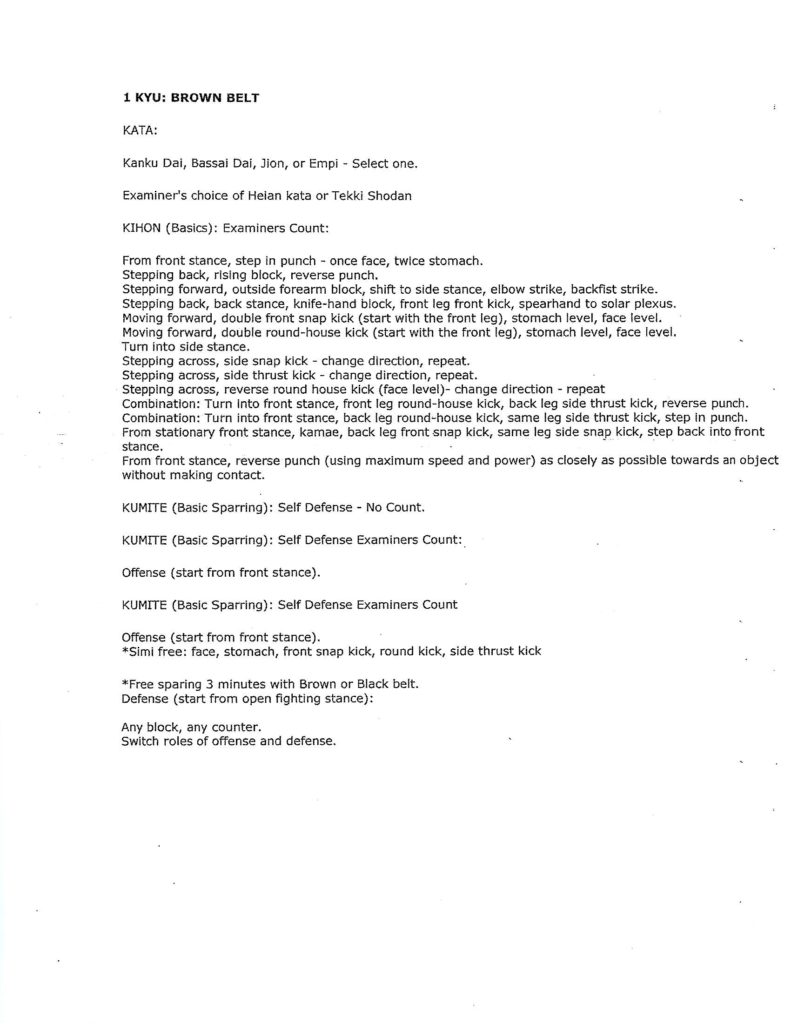 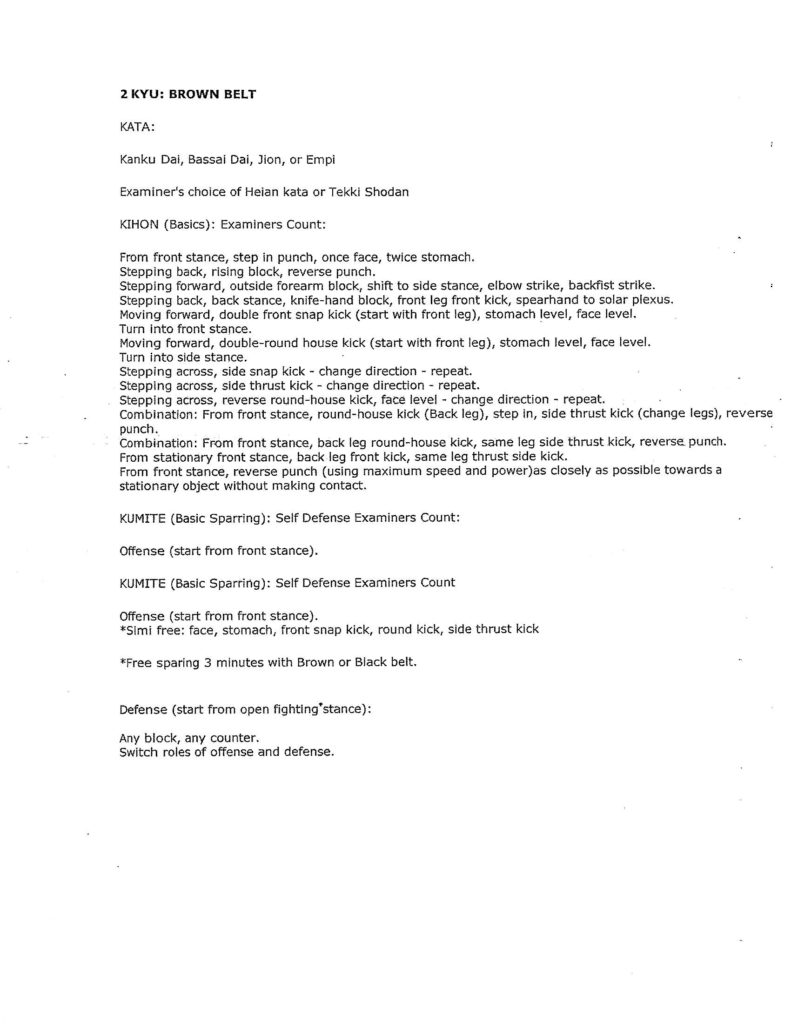 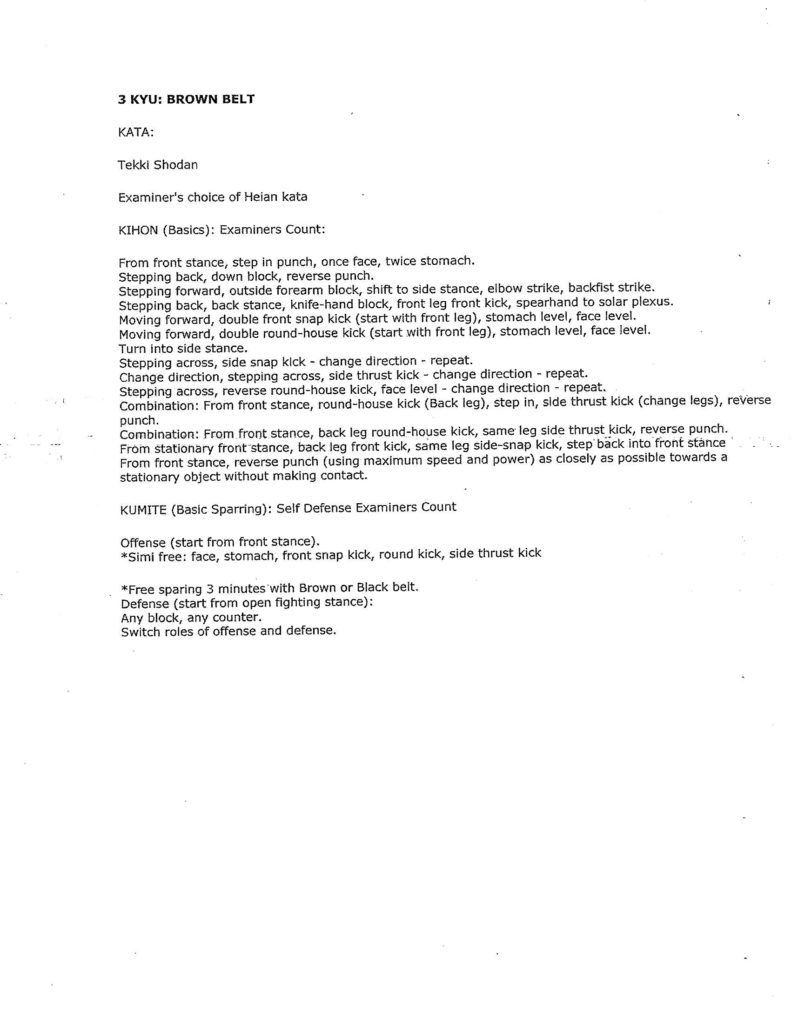 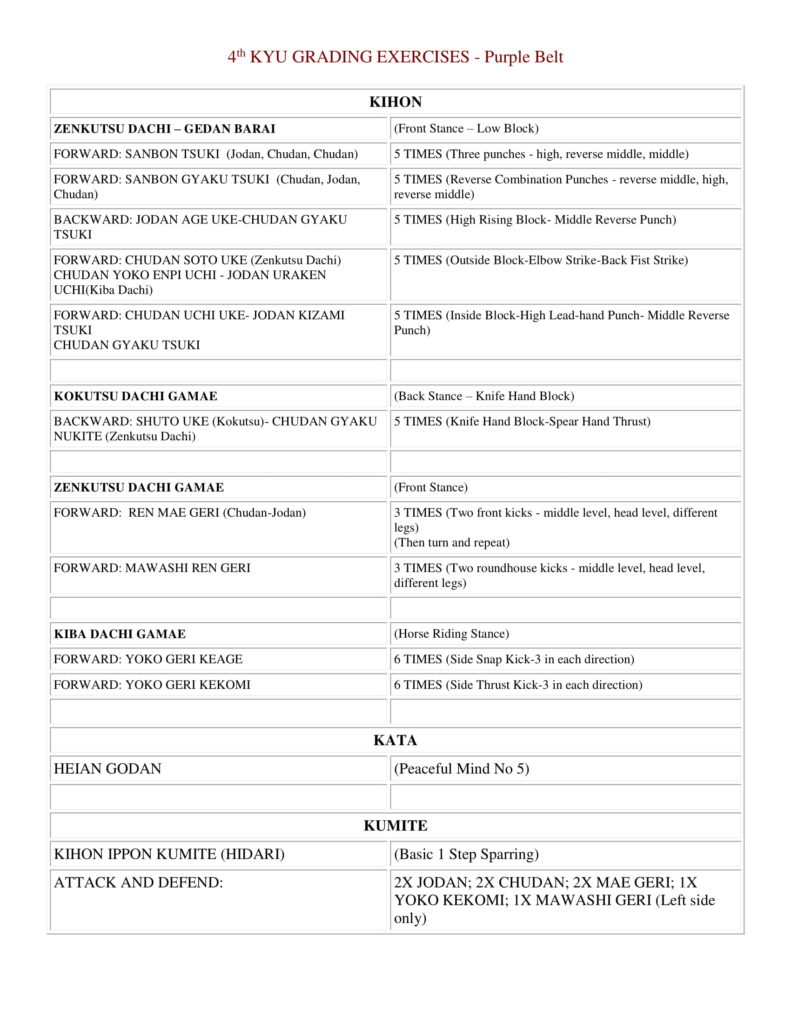 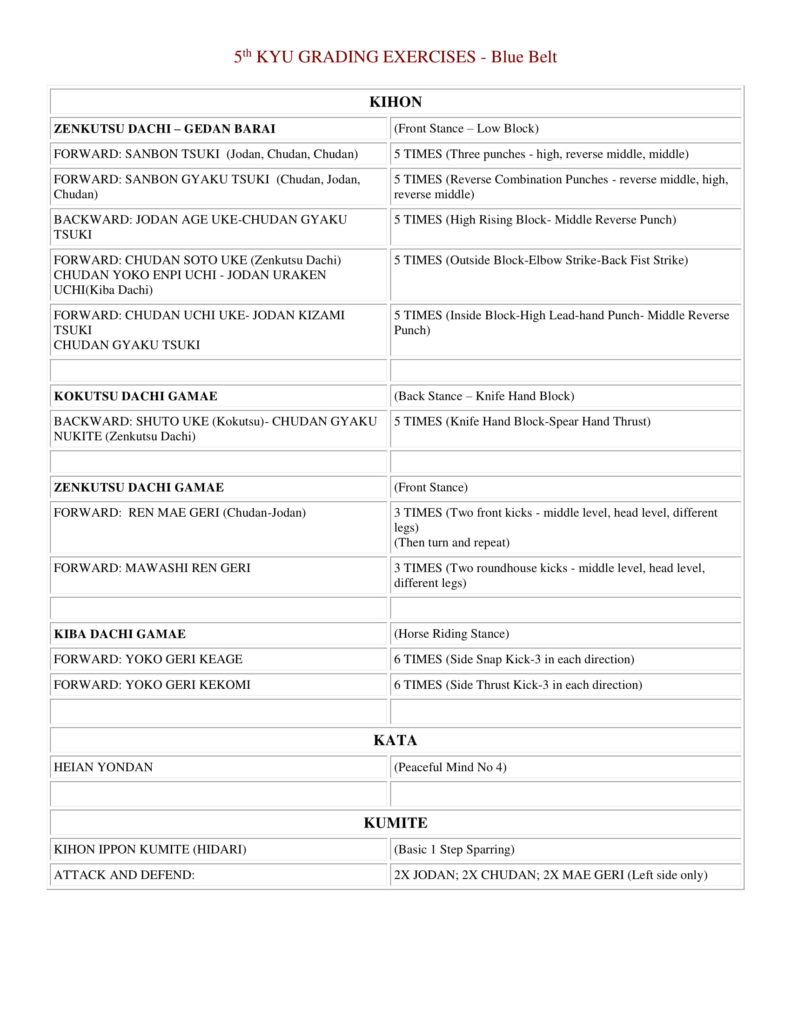 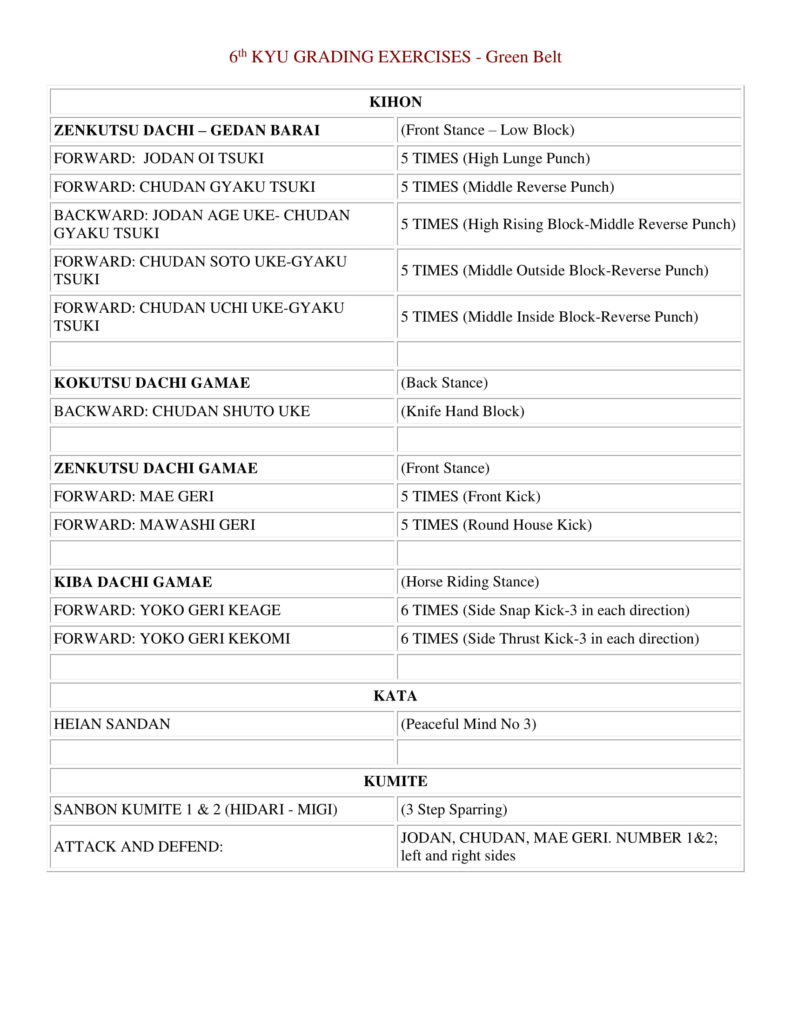 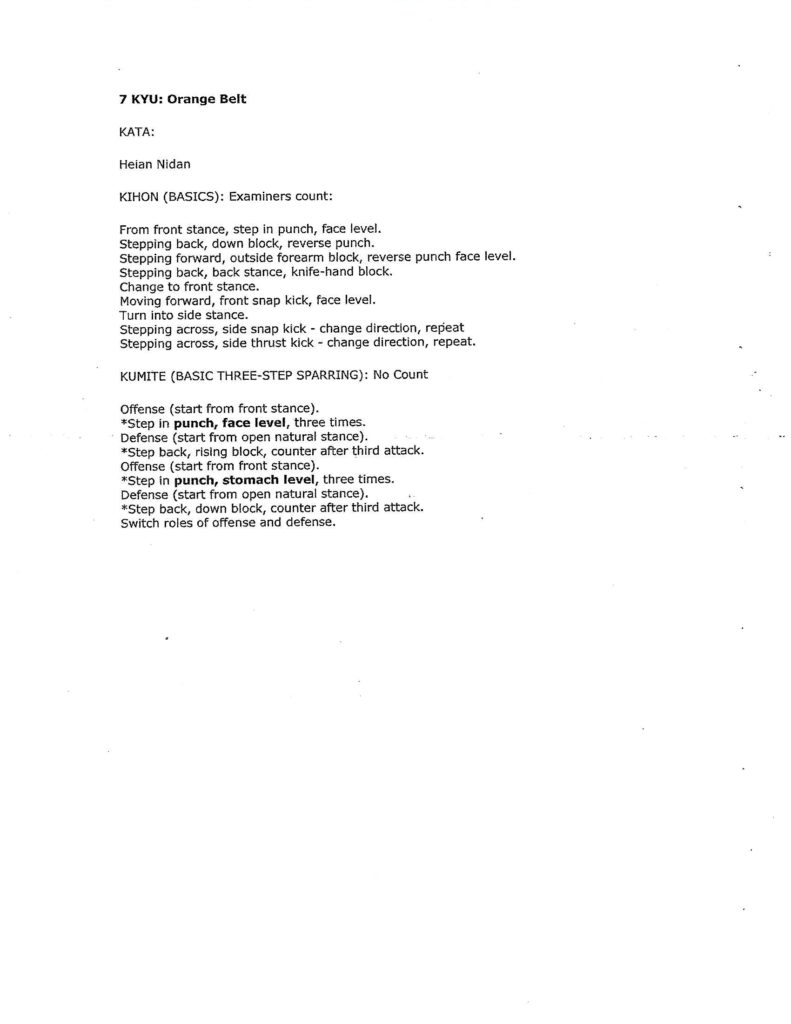 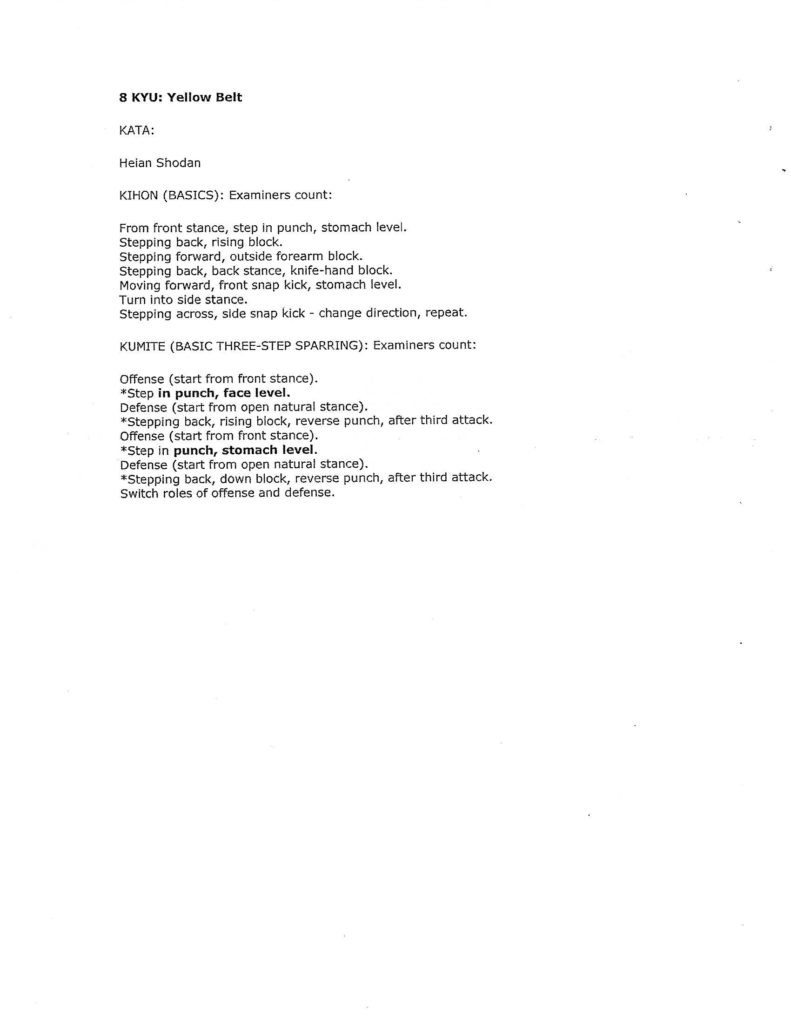